What is Email Syntax Error?

Have you ever thought about what characters are allowed in an email address or what are the rules for an email address syntax? In the world of computer and programming languages, it is well known that and extra white space or dot could break a program or action. In the world of emails, there are exactly the same rules. A correct email address needs to have some standard parts. If every part does not follow its rules, a syntax error will show up. To make it more clearly, I want to provide a valid email address: [email protected] This address has no syntax error. If I add an extra dot, then it becomes a syntax error: [email protected]

Each email address has three main parts. Here they are: 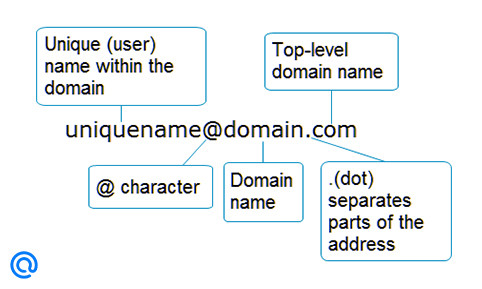 Main parts of an email address.

I am going to describe each part of and standard email address.

The local part or the recipient name is what exactly comes before the @ symbol. It could be name of the account holder, a role in a company like manager, or a department. There are specific and define characters that can be used in local part:

Despite all above mentioned characters are logically valid, some email providers may restricted the use of some characters. Moreover, email addresses could be sensitive against upper and lowercase. However, most of email servers are configured to consider all the cases as the same inbox. It is worth mentioning that the local part cannot exceed 64 characters.

I think this is easy to guess. There must be only one @ after the local part which separates the local-part and the domain-part.

A domain name consists of one or more sections, technically referred to as labels, typically interconnected and separated by dots. For instance example.com.

A domain name is a series of letters and digits describing a space owned and operated by a single mailbox provider or entity on the Internet. These characters are allowed for the domain name part:

Here are the five most common domain extensions to consider in 2020.

It is worth mentioning that the domain part (domain name + TLD) cannot exceed 255 characters.

Here are some examples of valid and invalid email syntaxes for better understanding.

Join our newsletterOnly the best content, delivered once a month. Unsubscribe anytime.

No votes so far! Be the first to rate this post.

We are sorry that this post was not useful for you!